In 2005, Pakistan met the worst earthquake of a magnitude of 7.6 ranking it as the deadliest to hit in South Asia ever since 1935 Quetta earthquake.

The Kashmir earthquake which occurred at 08:50:39 PST on 8th of October 2005 centered near the city of Muzaffarabad and affected areas included Khyber Pakhtunkhwa province, Indian occupied Jammu and Kashmir and its tremors were felt all the way in Afghanistan, Tajikistan and China Xinjiang.

I remember at that time, I had just finished my house job and was working in different hospitals in Karachi. When this calamity happened, there were various campaigns running to provide food, clothes, beddings, tents, medicines and everyday items. Pakistanis within as well as globally opened their hearts and their wallets to the max. It was an amazing air. Everyone wanted to help. People were funding themselves to independently visit the affected areas and help the victims. The local affluent communities, though not spared by the shambles and wreckage, converted their houses into shelters and shared their belongings like a real family.
I was working in ICU at that time at a local hospital and it came to my knowledge that one of my ex-bosses, headed off to the earthquake affected areas along with a team of consultants and senior physicians. They had only one female consultant with them. Everyone was told they are responsible for their own. i.e. travel, food, shelter, and safety.
When I asked my parents for permission, I was flatly refused. My heart squirmed but I could not help it.I questioned my parents, debated for a long time but everything was unfruitful. Their reasons were simple and logical. I was asking to go alone when I had no knowledge of that area, did not know how to defend myself and had no survival skills. Fair enough! I did not go.
Looking back into those times, I ask myself what if now when I am independent, much more mature and better seasoned, face a similar situation or would like to go there and work? Honestly speaking, my mind gave me a very wary approach with lots of ifs and thens. I CAN work there IF my circumstances are like this….. I CAN live there IF only the medical facilities are better… I CAN do this do that IF ….. and the list went on.
So it occurred to me that I still cannot go and work in those areas. Another side to the coin that I wanted to emphasize is the vanity of sending medical doctors in far-flung areas to open a clinic and work on their own.
A medical doctor is dependent on his tools. He practices on evidence-based medicine by examining a patient, requests some laboratory tests, X-rays, CT and MRI scanners and medicines the least. This is what differentiates a doctor from a quack. The latter treats blindly without any evidence. In areas where there are no means of transportations, electricity, roads, medicines how can one doctor be expected to do his job? In the absence of carrying out the evidence-based clinical practice, a medical doctor’s abilities are equivalent to a quack, even less.
In order for doctors to work in those areas to do what they are trained to do, an infrastructure is needed. At least provision of medical supplies is pertinent to run even a basic clinic.

What can be done?

I suggest that Army service for a minimum of 2 years should be made optional after every professional degree. Be it medicine, engineering, business etc. Those who opt for it should be given priority in candidate selections. The candidates would serve the forces with their skills and knowledge and forces will train them to survive and produce excellent results in extremely ill circumstances.

Patriotism is not a short and frenzied outburst of emotion but the tranquil and steady dedication of a lifetime. Adlai Stevenson 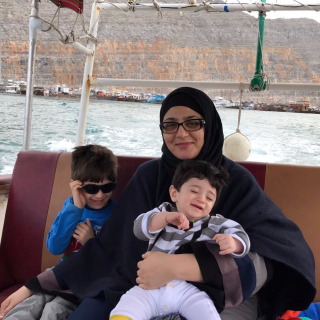